The expanded Guoco Midtown project will be the centre of innovative businesses and new lifestyle concepts. Coined as a ‘City of the Future’, the mega development is based on sustainability principles and new concepts of working and city living. It will attract a new community of companies, talents, residents and visitors into the area, redefining the vicinity into an exciting confluence of business, lifestyle, culture and heritage, just like the midtowns of other global cities. It also aims to become the social and community heart of the area.

The mixed-use master development will comprise a 30-storey office tower with 770,000 sq ft of premium Grade A office space, three concept retail clusters, two condominiums – Midtown Bay and Midtown Modern – with more than 700 luxury apartments, and a five- storey Network Hub building, which is a first-of-its-kind purpose-built business and social networking club. The development is also built around biophilia and emphasises wellness, and will come with around 3.8 ha (or the equivalent of five soccer fields) of landscape areas in the form of more than 20 concept gardens and public spaces. It is the largest development in the CBD currently under development.

Mr Cheng Hsing Yao, Group Managing Director of GuocoLand Singapore, said: “Guoco Midtown was conceived with a vision of how people will work, live and play in the future. Part of that future has arrived much sooner. Guoco Midtown will serve as a demonstration of how cities of the future can be liveable and sustainable while engaging its occupants and the community.”

“We are also hopeful that Guoco Midtown will transform the vicinity into an exciting new district of innovation, commerce and community, and create a new identity for the district,” added Mr Cheng.

Guoco Midtown is expected to be completed in phases between 2022 and 2024, and is expected to bring an additional 10,000 office workers, residents and visitors daily into the district.

The multi-billion development is led by GuocoLand with a group of investors, namely, Hong Kong-listed Guoco Group, Hong Leong Holdings and Hong Realty.

The Office of the Future for Tomorrow’s Workforce

Guoco Midtown will be a new generation office in the following ways:

a) ‘Core and Flex’ Office Concept. A new concept that redefines the traditional office leasing model by providing tenants with long-term dedicated office space (core) as well as shorter-term dedicated offices (flex) for special project teams and situations requiring shorter term offices. As companies will need to be nimble with their business plans in a more uncertain environment, this concept offers them flexibility and cost savings.

b) New Benchmark Premium Grade A Office Specifications. 3.3m high ceilings with some ceilings reaching a height of up to 4.4m, creating the feeling of ‘loft offices’ that saw the founding of many creative companies in other global cities. Large 3.4m by 1.8m low emission and double-glazed glass panels (one of the largest standard office glass panels of its kind in Singapore now) provide unimpeded views and let in plenty of light to create a bright and airy internal environment. There will be a shift towards activity-based working and a hybrid of office- and home-based working. The office space thus plays a critical role to encourage collaboration and innovation among staff.

c) Top Health and Safety Standards. Guoco Midtown’s features include contactless lifts, turnstiles and fittings. Its HVAC (Heating, Ventilation and Air-Conditioning) system prevents cross-contamination between floors, comes with carbon dioxide sensors to manage fresh air intake, MERV 14 (Minimum Efficiency Reporting Value) high performance filters with dust spot efficiency up to 95 per cent, and is able to carry out UVGI (Ultraviolet Germicidal Irradiation) that can remove more than 90 per cent of pathogens, including viruses.

d) First-of-its-kind Purpose-Built Network Hub. This members-only business and social club caters to office tenants as well as residents of Midtown Bay. Directly connected to the office tower, the Network Hub offers a host of amenities and services across 80,000 sq ft of space spread over five levels – these include members’ lounges, meeting rooms that are virtual-technology ready, private dining rooms with kitchens and travellers’ lounges for busy executives to freshen up. The Network Hub will be managed and operated by GuocoLand as a service for office tenants and members, including residents of Midtown Bay. GuocoLand will also curate workshops, seminars and other programmes such as professional learning courses and networking events.

e) Work & Play Integration. The office tower has its own dedicated gardens on Levels 7 and 30. Among the amenities are a 40m lap pool, a 100m jogging track around a bamboo grove, an event plaza for exercises, fitness corners, poolside lounge areas for relaxation or cocktail parties, rest areas for lunch or informal meetings and also two event / party pavilions at the roof top of the 192.8m tall office tower overlooking Marina Bay and Kallang Basin.

There will be three low-rise and human-scale concept retail and F&B clusters, each surrounding a key public space. They are Midtown Garden along Beach Road and Midtown Market directly behind the conserved Old Beach Road Police Station building, as well as Midtown Square right above the Bugis interchange MRT Station along Tan Quee Lan Street (at Guoco Midtown II). Each cluster will be different in character and atmosphere, with distinctive retail and F&B offerings. GuocoLand will carry out active place management of these public spaces to curate events and activities with community partners, just as how it has done at Guoco Tower at Tanjong Pagar. These could include fitness programmes, markets, concerts and performances, and even product launches. When combined, Guoco Midtown will have one of the largest public and event spaces in the vicinity.

Luxurious Homes for the Future

GuocoLand foresaw the emergent trend of blurring of the lines between home, work and play, and began to conceive its residential apartments as places for living, working and entertaining.

Guoco Midtown’s first residential development, the 33-storey, 219-unit Midtown Bay was designed with a flexible home concept that allows residents to adapt it for living, use as an office or for entertaining friends, family or business associates. The two- and three-bedroom duplex units provide owners a unique opportunity to use the lower floor as a home office or for entertaining, while keeping the upper floor for private residential use. All residents can join as members of the Network Hub – which allow them to extend their activities from their home into the amenities provided at the Hub.

With the enlargement of the project to Guoco Midtown II at Tan Quee Lan Street in October 2019, a second residential condominium – Midtown Modern – will be built. With a focus on wellness, the development will consist of two 30-storey towers with more than 500 apartments in a huge forest garden setting and a retail podium. There will be a range of unit types from one-bedroom to four-bedroom units with amazing views. Residents will enjoy large green spaces and a wide range of recreational facilities not usually found in CBD projects. More details will be released at a later date.

Both Midtown Bay and Midtown Modern continue the lineage of other GuocoLand luxury properties such as Wallich Residence, Leedon Residence, Goodwood Residence and Martin Modern.

Tapping into human beings’ innate attraction towards nature, Guoco Midtown has over 20 concept and thematic gardens and lush public spaces to let workers, residents and visitors be immersed in greenery and nature. These gardens and landscape areas add up to around 3.8 ha, spreading from the ground floor to various levels at the podium and all the way to the roof tops of the towers. Some of the many thematic gardens include a Hanging Garden with an epiphyte collection over Midtown Market, a Native Garden of native plants and orchids, an avenue of Forest Giants or super tall forest trees, a Water Garden with fresh waterside plant collection and a Therapeutic Garden featuring edibles, medicinal and fragrant plants. These gardens give a sense of living and working in nature and promotes well-being of users.

Guoco Midtown is connected directly to the Bugis interchange MRT station, where commuters can take either the Downtown or the East-West Lines. Through a network of second-level link ways and bridges, Guoco Midtown is also connected to the North-South Line as well as the Circle Line. Deliberate effort was made to make the ground level highly permeable so that pedestrians can walk along attractive streets, squares and gardens. A five to 10 minutes’ walk allows occupants and residents access to more than 7 million sq ft of offices, almost 3 million sq ft of retail and F&B spaces, more than 10 five-star hotels, the

GuocoLand Limited (“GuocoLand”) is a public company listed on the Singapore Exchange since 1978. The principal business activities of its subsidiaries are property development, property investment, hotel operations and property management.

GuocoLand and its subsidiaries (“the GuocoLand Group”) have established property operations in their geographical markets of Singapore, China, Malaysia and Vietnam, comprising residential, hospitality, commercial and retail developments. In 2017, GuocoLand marked its expansion beyond Asia into the new markets of the United Kingdom and Australia through a strategic partnership with Eco World Development Group Berhad in Eco World International Berhad. As a premier property company, GuocoLand is focused on achieving scalability, sustainability and growth in its core markets through its property development, investment and management businesses.

As at 30 June 2019, the GuocoLand Group had total assets of S$10.0 billion and total equity attributable to equity holders of S$4.2 billion. 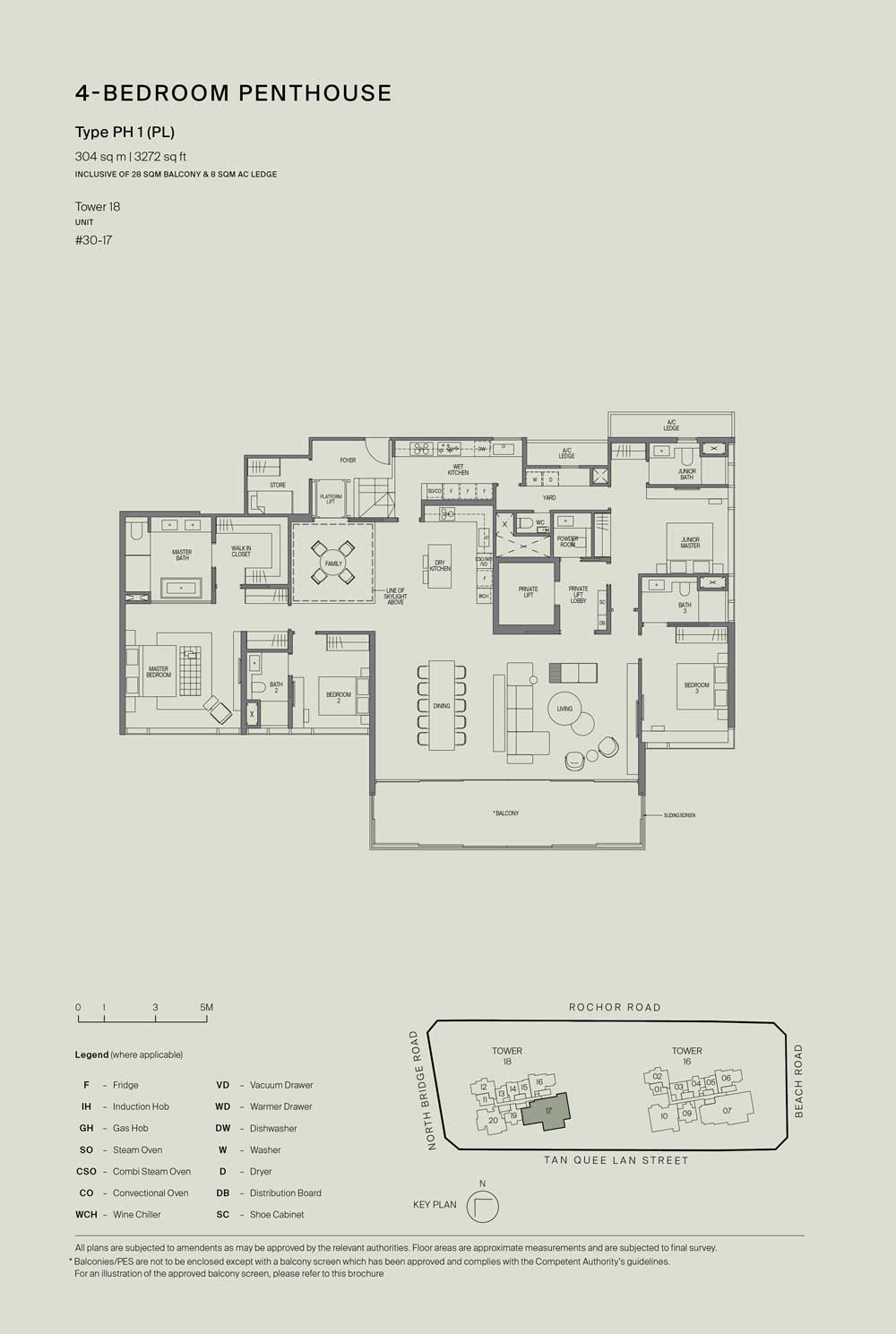 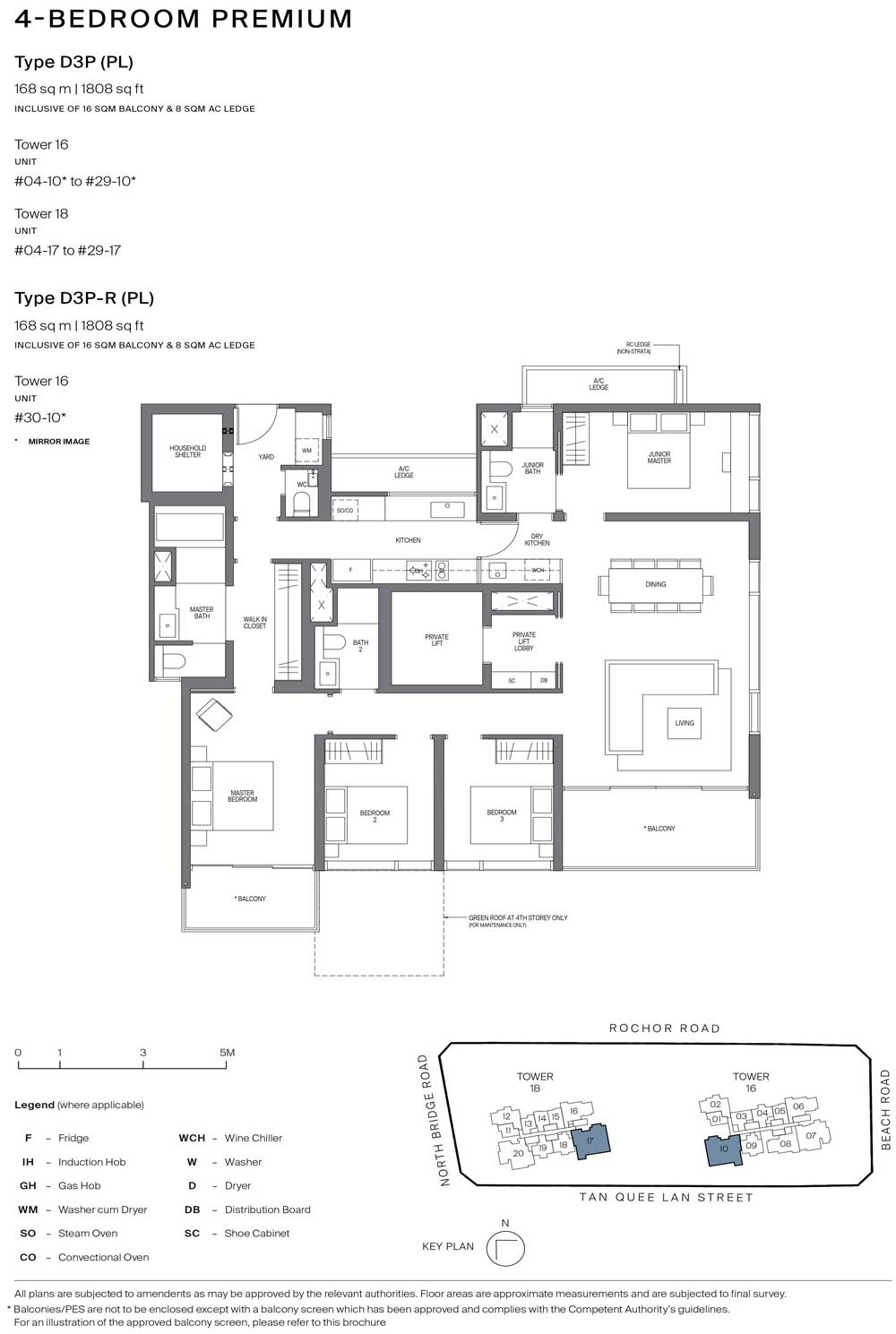 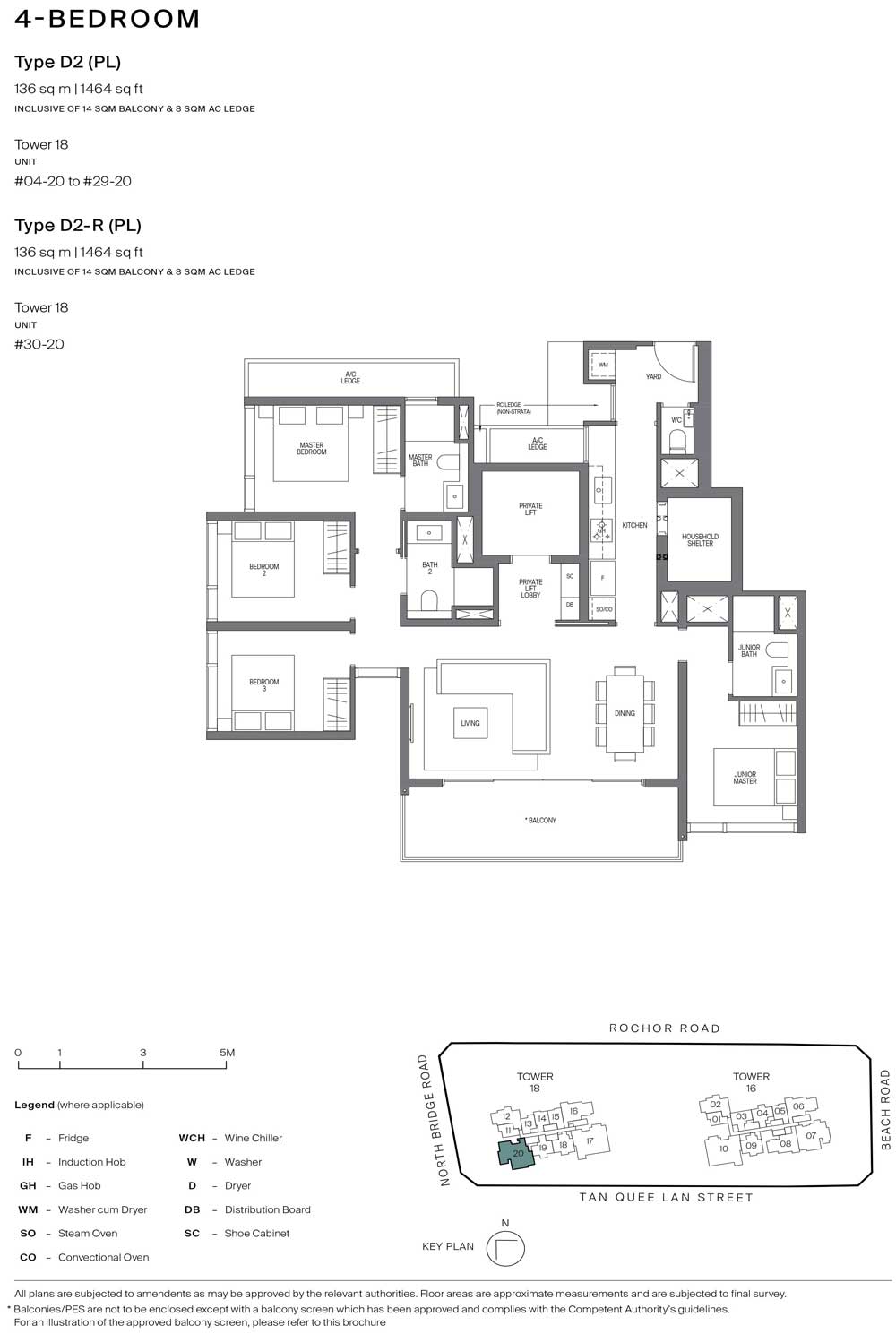 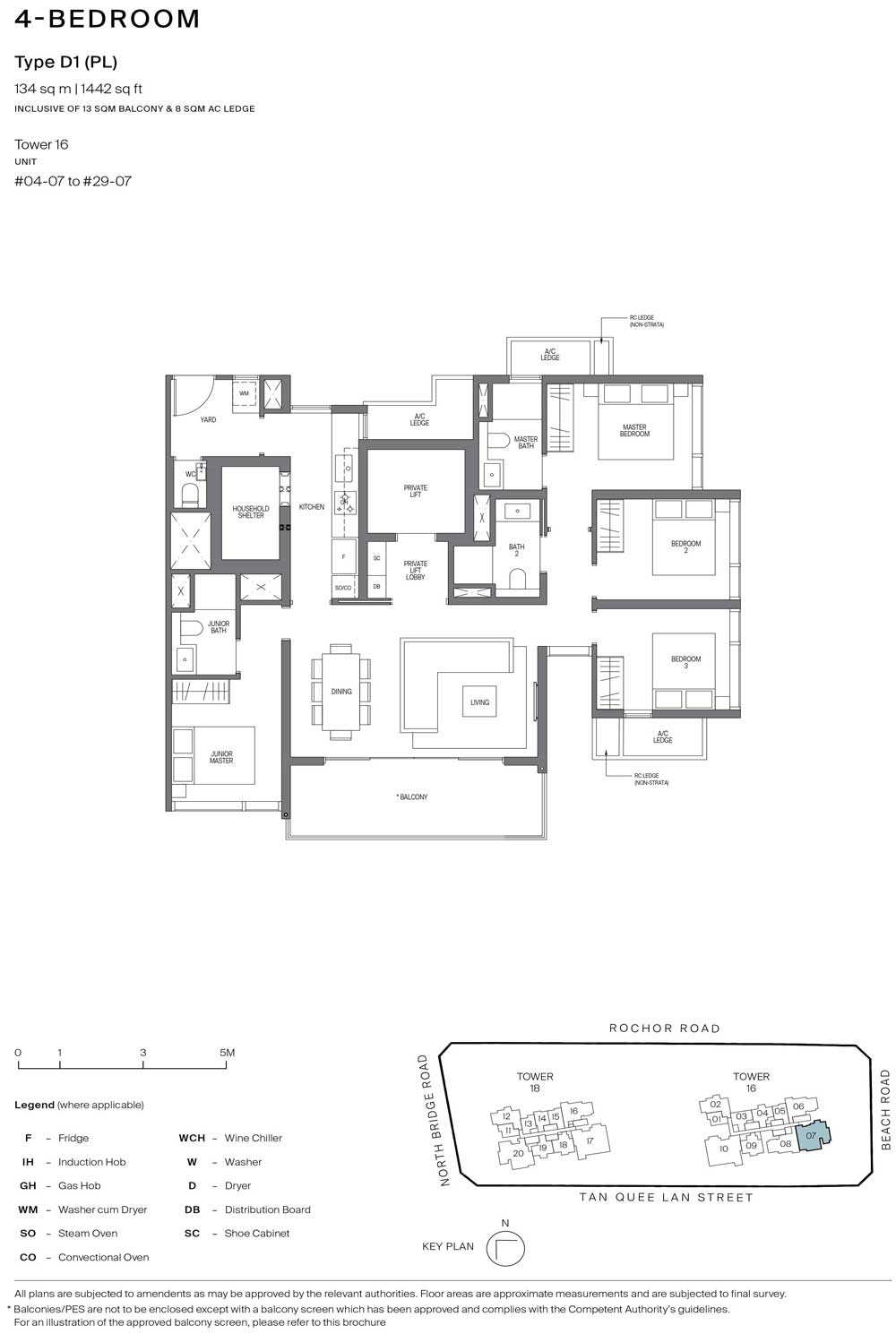 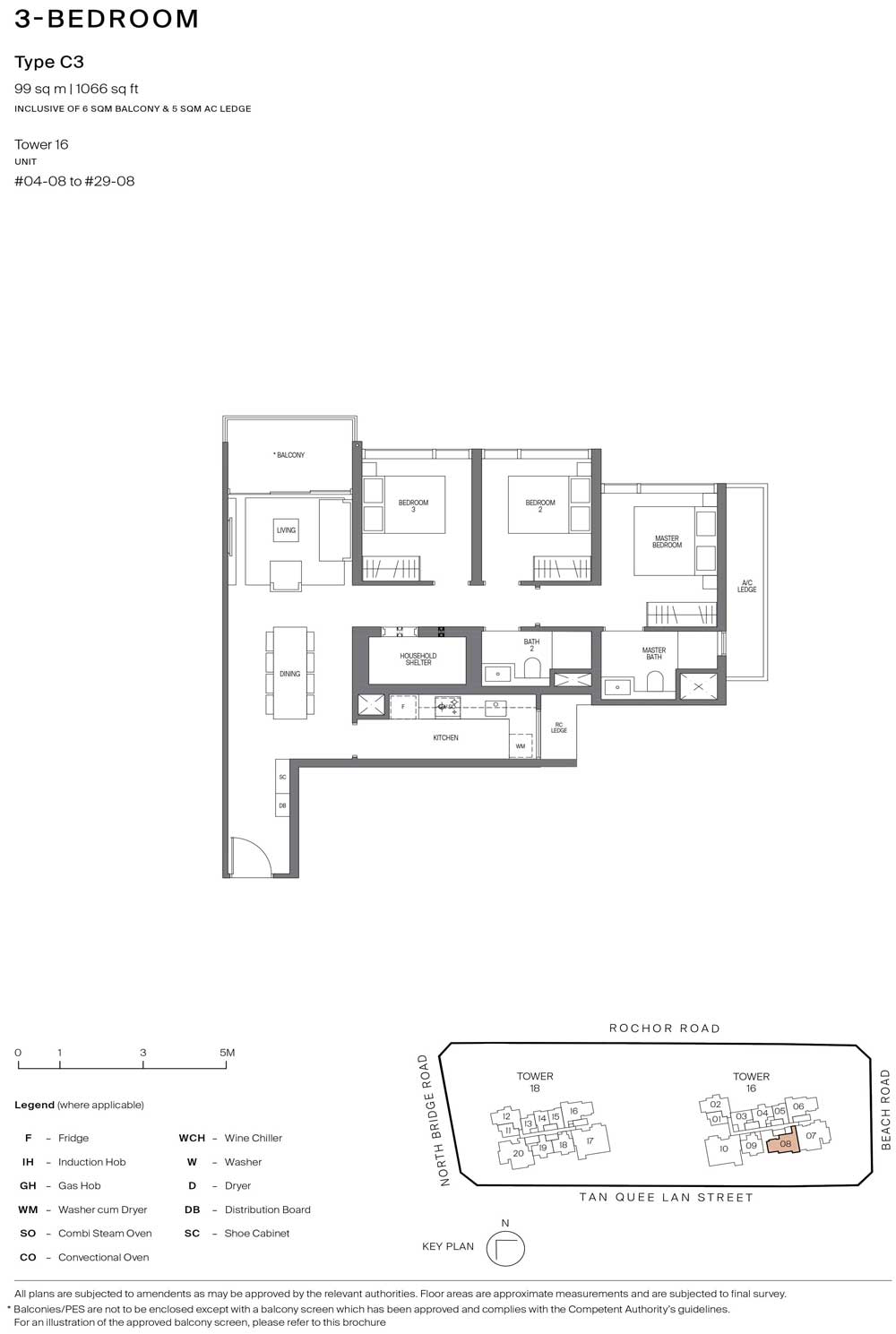 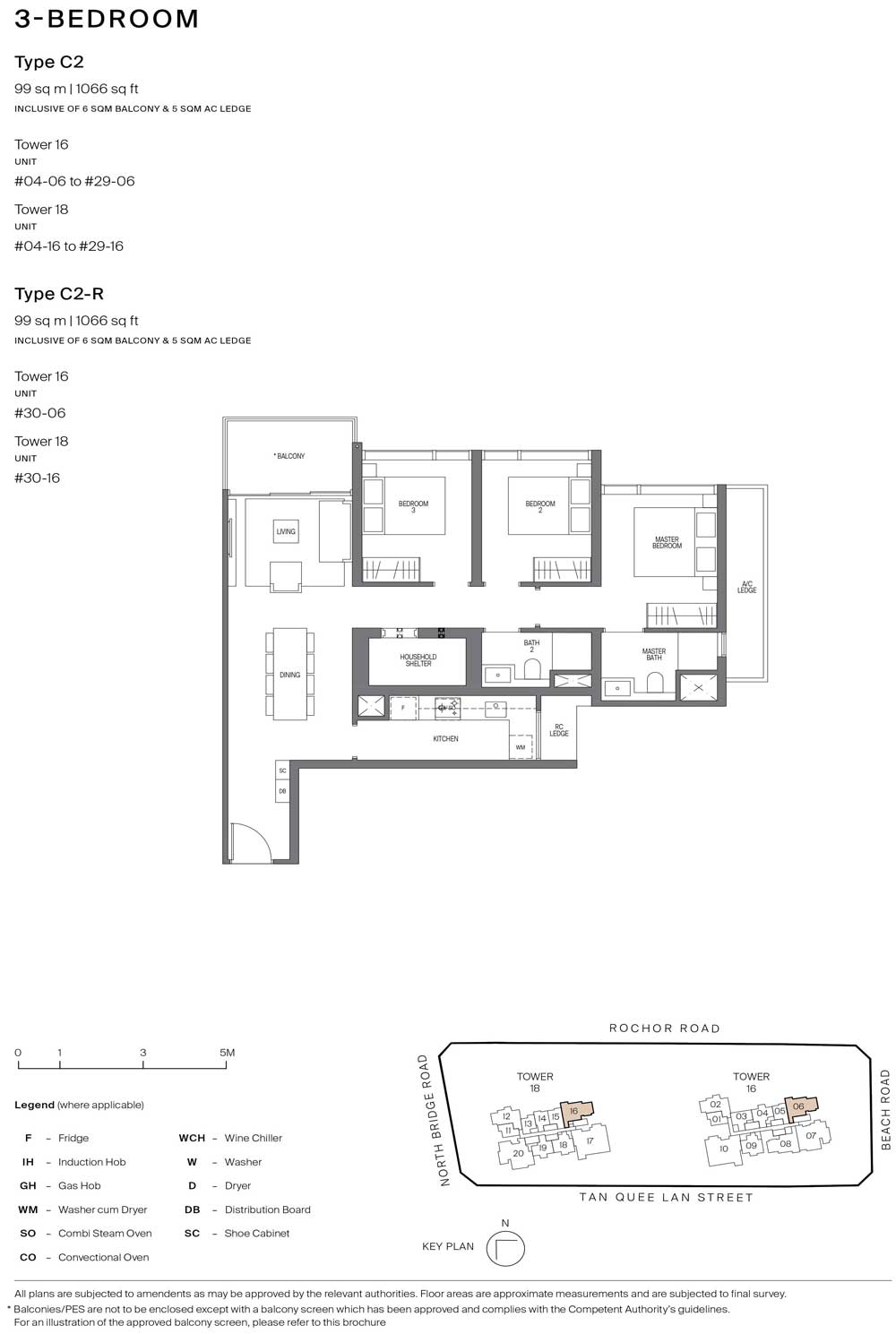 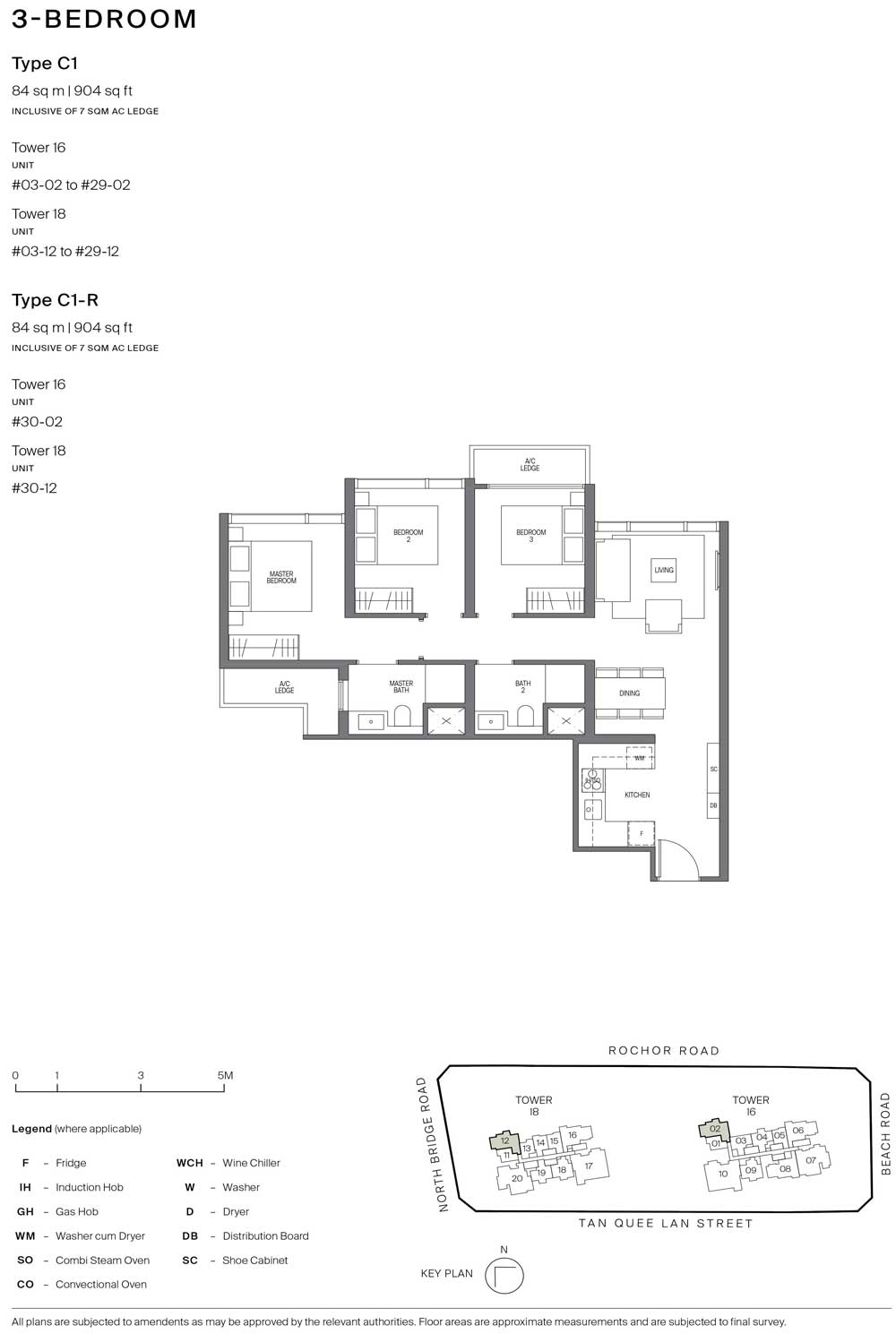 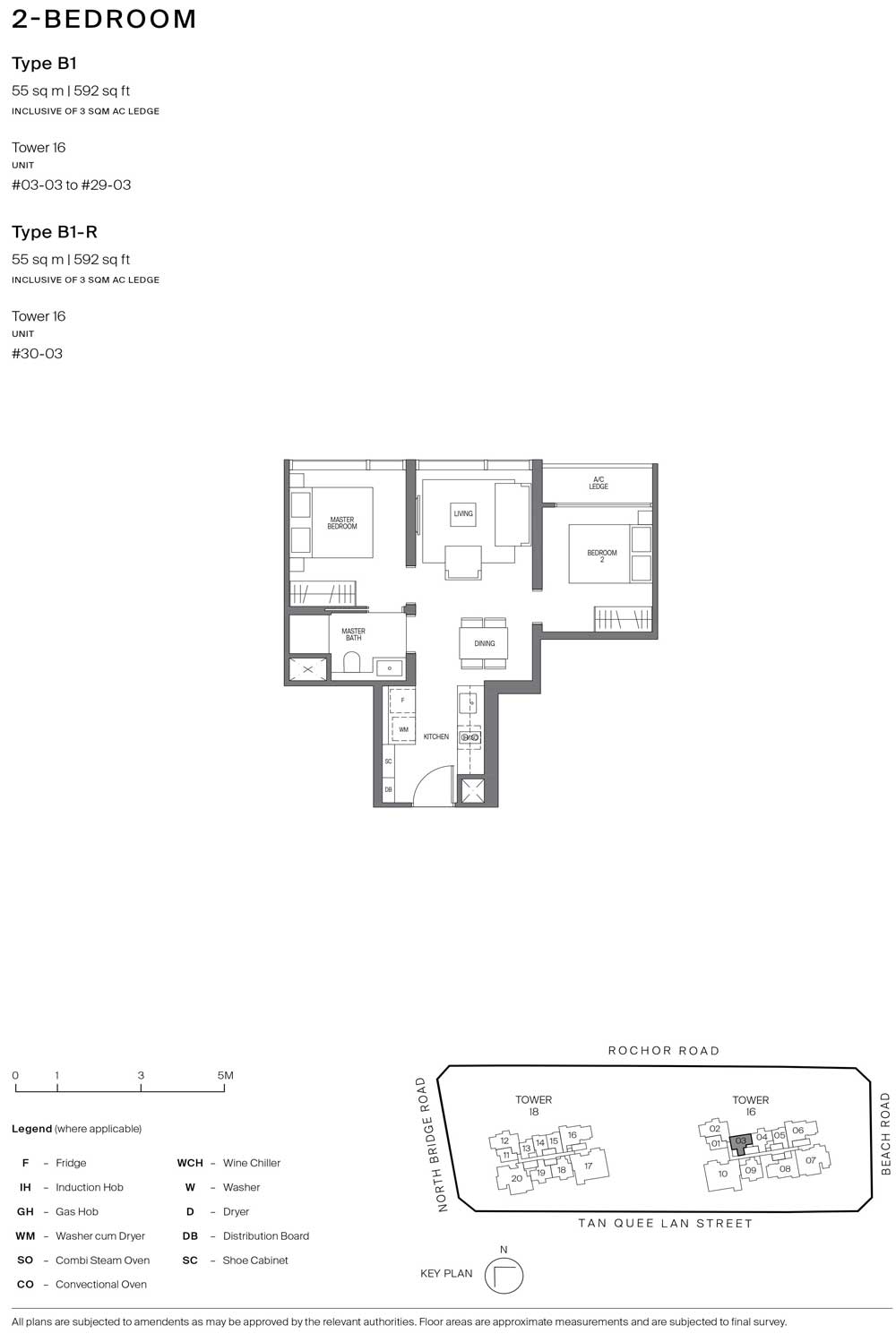 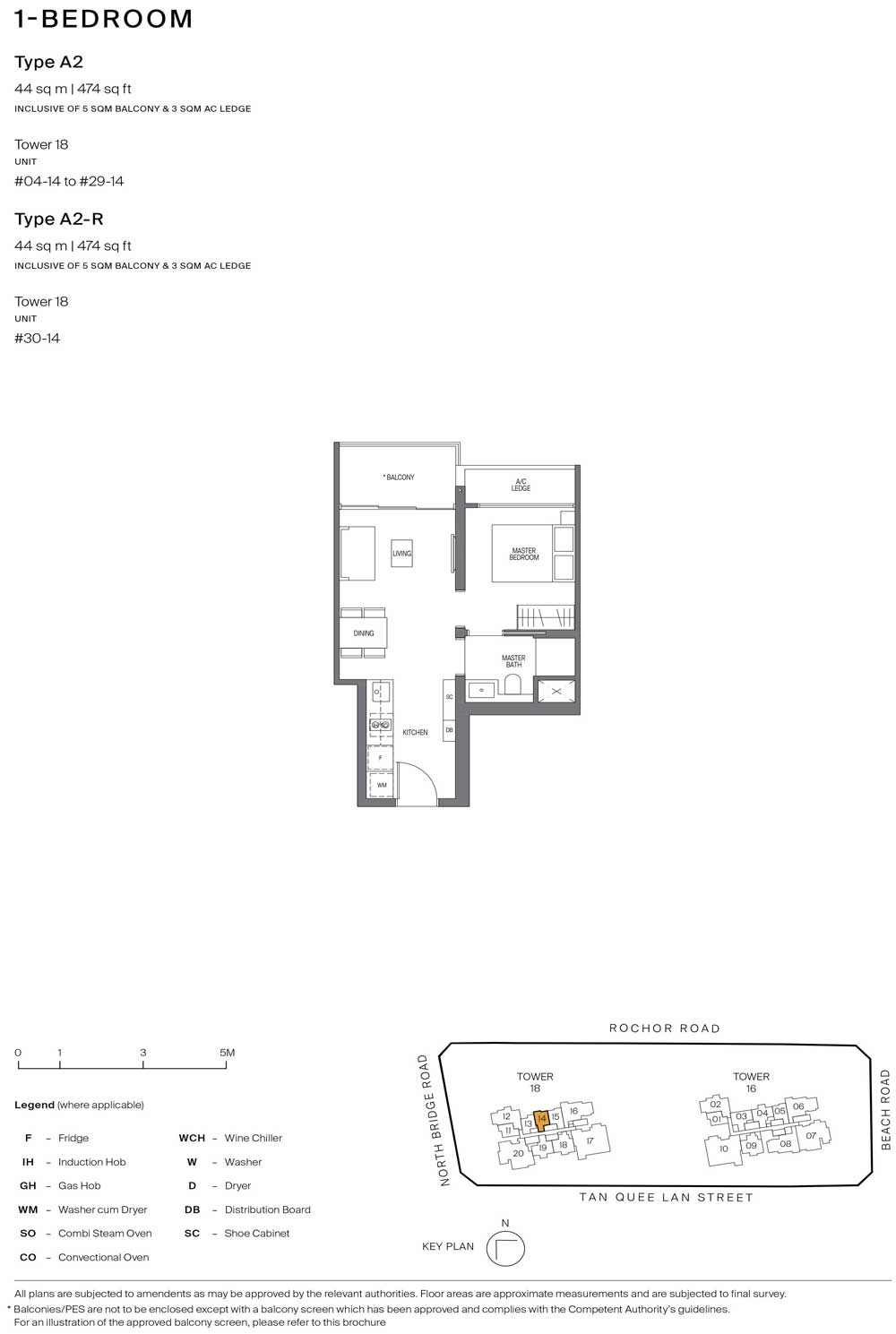 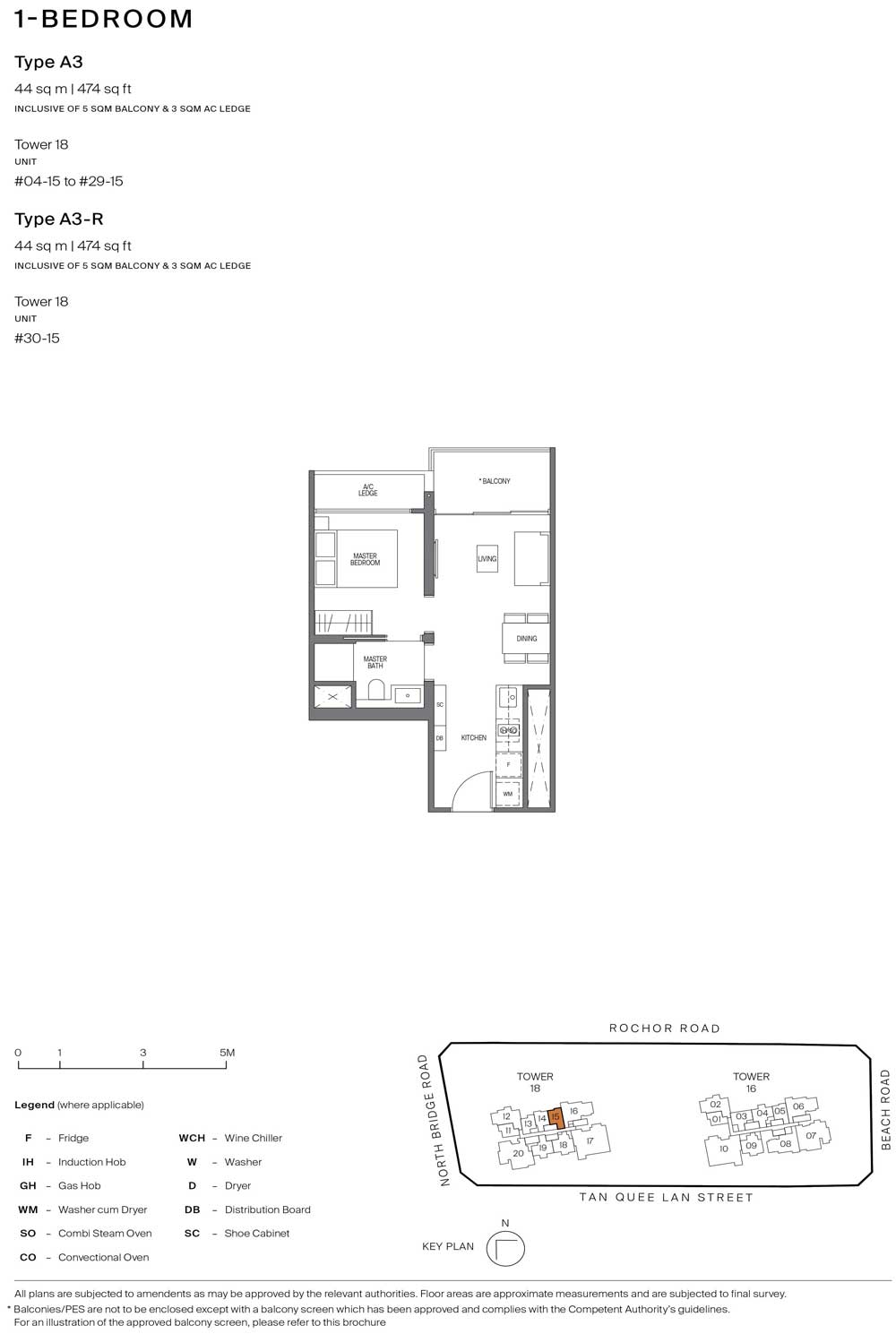 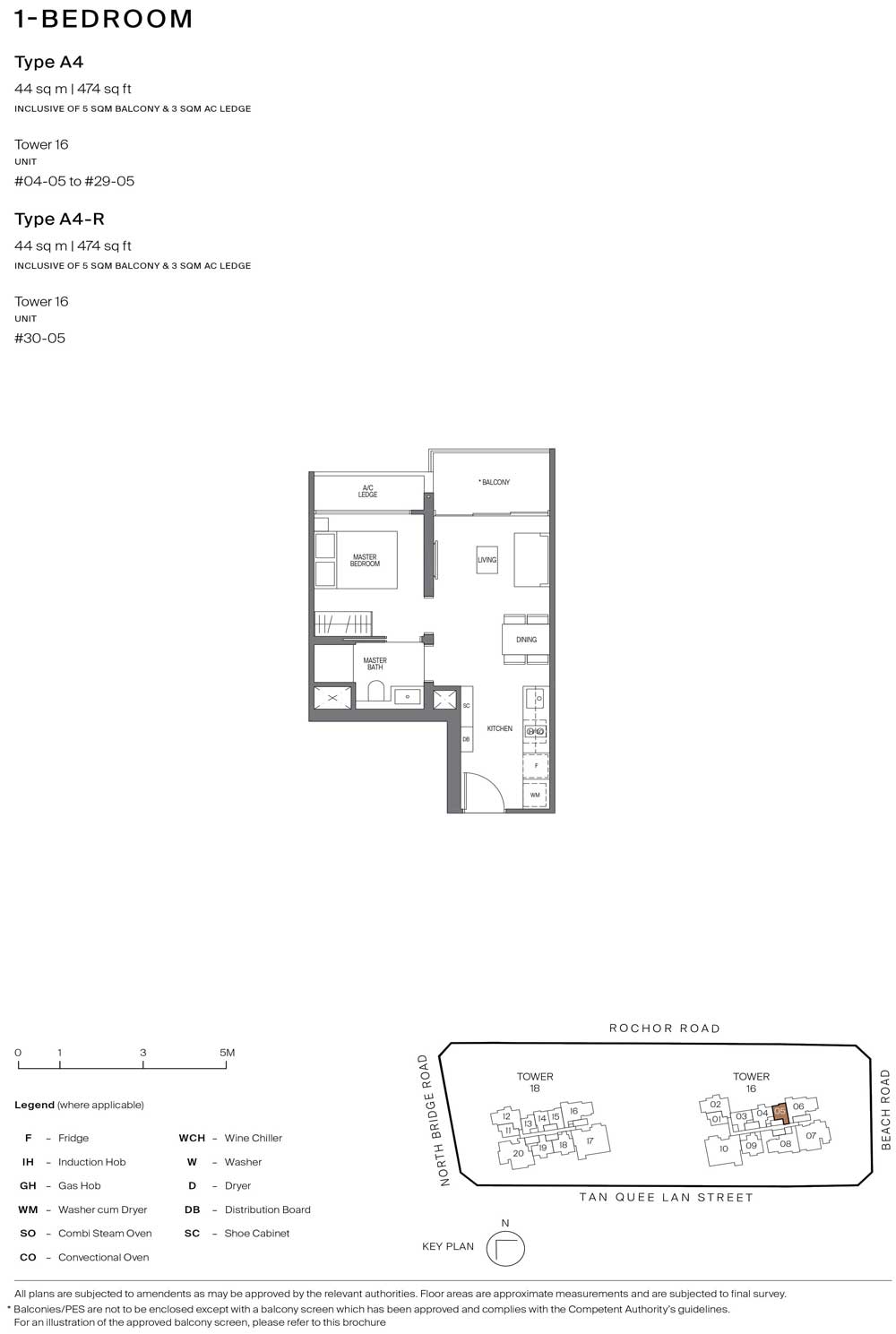 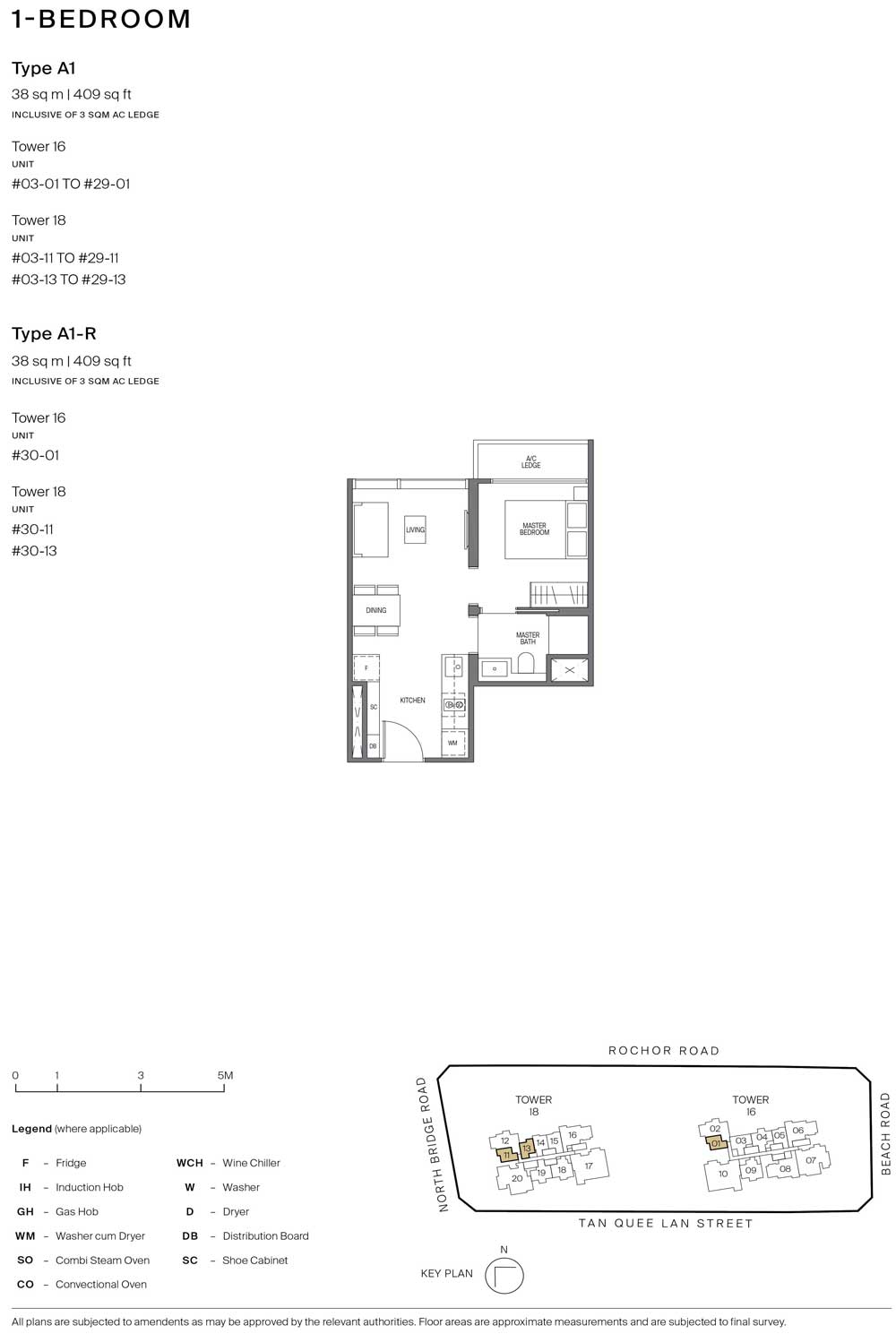